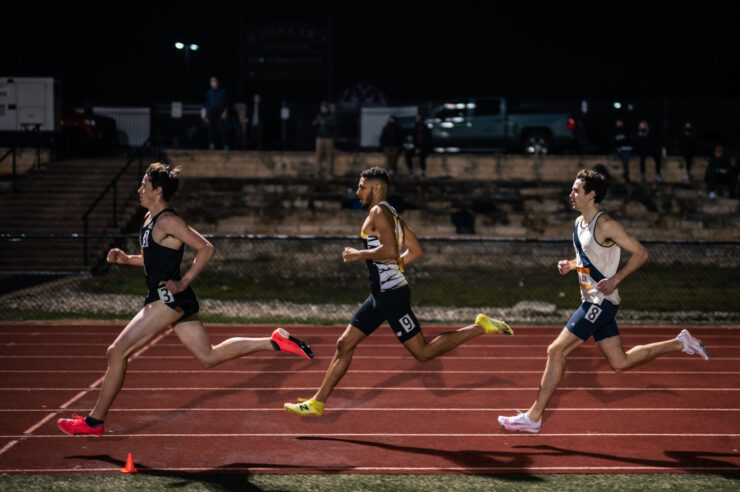 The history of middle-distance running runs deep, and it is a part of the track and field discipline, usually 800 meters and 1500 meters races. The 800 meters runners start the race in lanes, but they merge together after roughly 100 meters to run inside the track.

Longer middle-distance races such as the 1500 meters and mile races start with competitors spread across the track, and once the race starts, they immediately start running towards the inside of the track. Since participants are not restricted to running in their own lane, this type of race requires more tactics, and it is very exciting to both watch and participate in. We have a lot of topics to cover regarding this thrilling discipline, so without further delay, let us get into it. 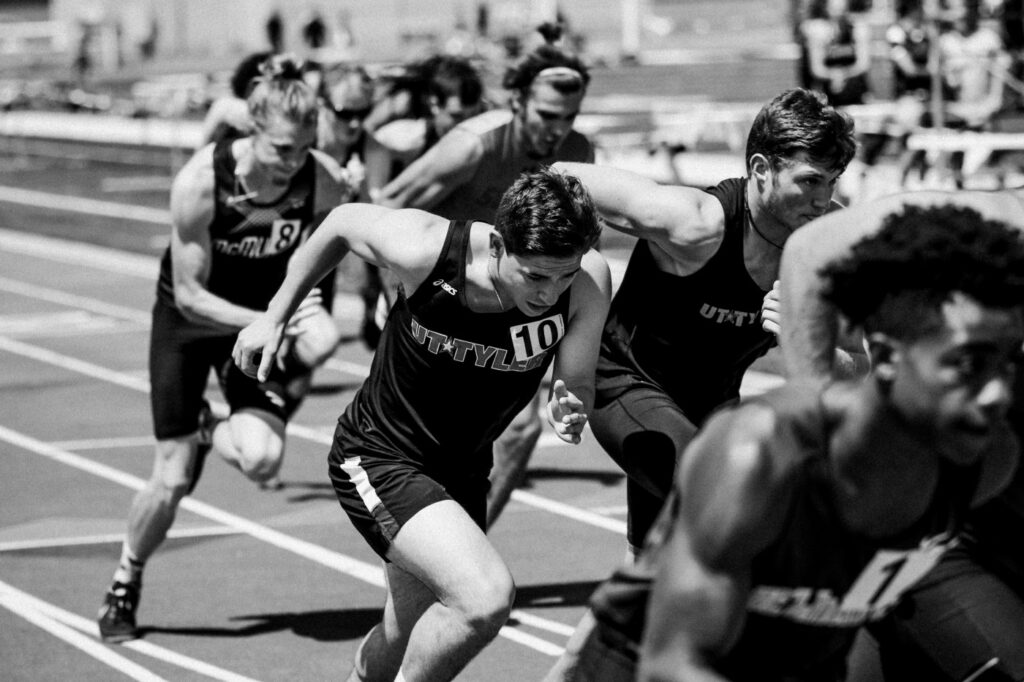 Throughout history, there were 800 m and 1500 m racing events for both men and women, and they were extremely competitive as part of track and field events during the Olympics and other competitions.

This discipline has been part of the games for a long time, and it is a big part of the Olympic’s history. Men’s 800 meters races were part of the first games in 1896, while the women’s event was added in 1928. The United States and Great Britain generally dominated the men’s events throughout history, but neither of these countries won the gold medal since 1976.

Lately, the country with the most success in this discipline was Kenya which won the gold medal in the 2008 and 2012 Olympics. David Rudisha is the proud holder of the Olympics record for men at this event at 1:40:91, which is also a current world record set in the 2012 London Olympics.

As far as the women’s discipline goes, the Olympic record stands at 1:53:43, and it was set by Nadezhda Olizarenko of the ex-Soviet Union back in the 1980 Olympics that were held in Moscow.

Same as the 800 meters discipline, the 1500 meters one was part of the Olympics from the very beginning in 1896, while the women’s discipline was added later in 1972. The only man who ever won the gold medal twice in this discipline was Sebastian Coe, while Hicham El Guerrouj is another notable competitor who won gold and silver medal in the 2004 and 2000 Olympics.

In the women’s events, the most dominant countries throughout history were Ethiopia and Kenya, while the United States also had successful competitors in Jenny Simpson, Suzy Favor Hamilton, and many more. 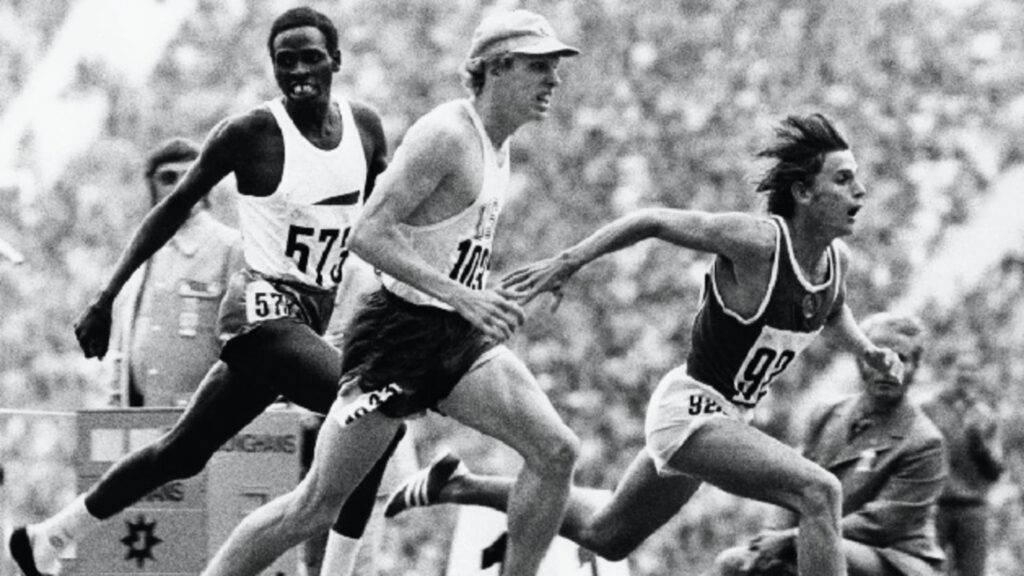 As we already mentioned, races known as “Middle-Distances” took place in the first Ancient Olympics Games and are one of the toughest and most competitive racing events to this day. There are some interesting origin stories related to these races so let us get into them.

The 800 meters event originally came from the 880-yard run, which was rooted in the UK in the 1830s. The event for men was added as an Olympics discipline in 1896 during the first Olympics ever held in Athens, Greece, while the first female event took place at the 1928 Olympic Games in Amsterdam.

This competition was later dropped but was added again in Rome during the 1960 Olympic Games. This discipline became very popular over the course of years, and athletes from all continents have won gold medals in the competitions. There were eras when certain countries were dominant in this discipline, and in recent years, Kenya was the country that took over the role of the best in this sport.

The 1500 meters races originated in continental Europe in the 20th century and the men’s discipline first appeared in Olympics in 1896 in Greece, while the women’s event was added in the 1972 Olympics in Munich.

It is a fiercely competitive discipline, and winning a gold medal in these races is a very difficult task. However, the only man in the history of the discipline to win back-to-back golden medals was the current President of World Athletics, Sebastian Coe.

What Type of Equipment Do Middle-Distance Running Athletes Use? 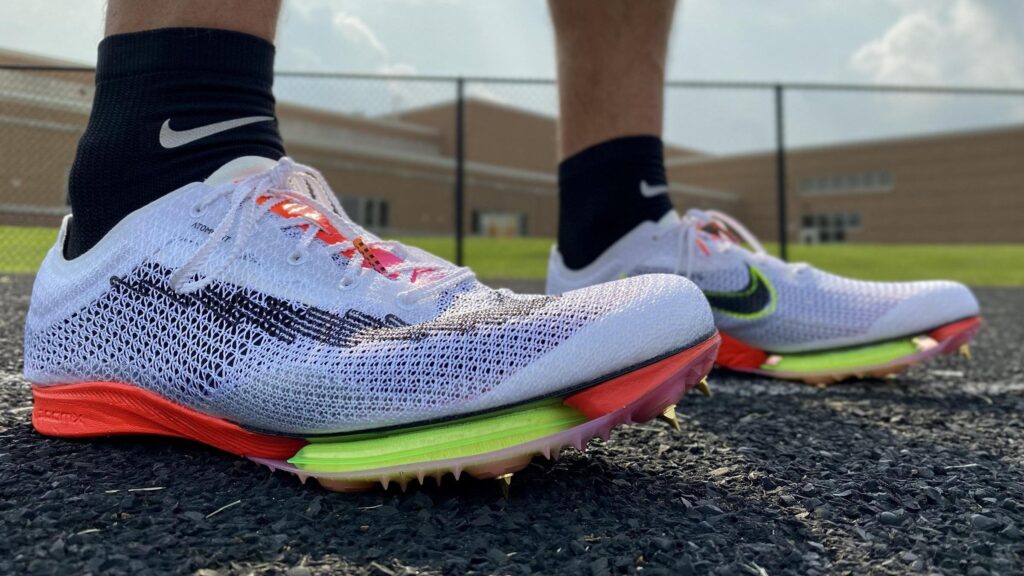 As is the case with any other sport, middle-distance athletes use a specific type of gear for every race. They wear lightweight shoes with a maximum of 11 cleats that are 9 mm long. For 800 meters races, the shoes generally do not have heels, while the ones for 1500 meters races have.

It is important that the shoes are flexible and that they can absorb the impact on a very high level of each stride. As for clothing, the participants in these races wear tight-fitted shorts and short-sleeved or sleeveless t-shirts or a top that indicates an athlete’s number and/or identity.

Middle-Distance Running Techniques (For Both 800 and 1500 Meters)

Both 800 and 1500 meters races start without the starting blocks. However, in the 800 meters final, the eight runners start off the race in their assigned lanes, but they run like this only throughout the first curve, after which they break for the inside lane.

On the other hand, in the 1500 meters final, twelve participants max line up on the starting line, which is curved so that the runners on the outside of the track run equally as the ones placed closer to the inside track.

There is a total of two main techniques used in this type of race. The first is that some runners try to front-run the entire race, while the second technique is preferred by athletes that depend on the finishing kick and wait until the very end of the race to give their maximum.

Developing a good technique during these races is vital, but it is far from being easy, and it is not something that can change overnight. It is all about constant practice and repetition in trying to do something the right way, which is only doable by working on essential drills every day.

When you practice repeatedly and do so over the long course of time, you are bound to get better at it and perfect your style. It is truly gradual, seeing slight improvement each and every time you step on the track, that is, in time, followed by bigger improvements.

Middle-distance running was and is to this day one of the most attractive and difficult running disciplines. To dominate in this sport, you have to possess huge amounts of discipline, determination, and of course, physical ability.

It is a discipline that, if you did not yet, you should definitely check out when watching the Olympics, and we guarantee you will enjoy it and fall in love with this highly competitive sport.